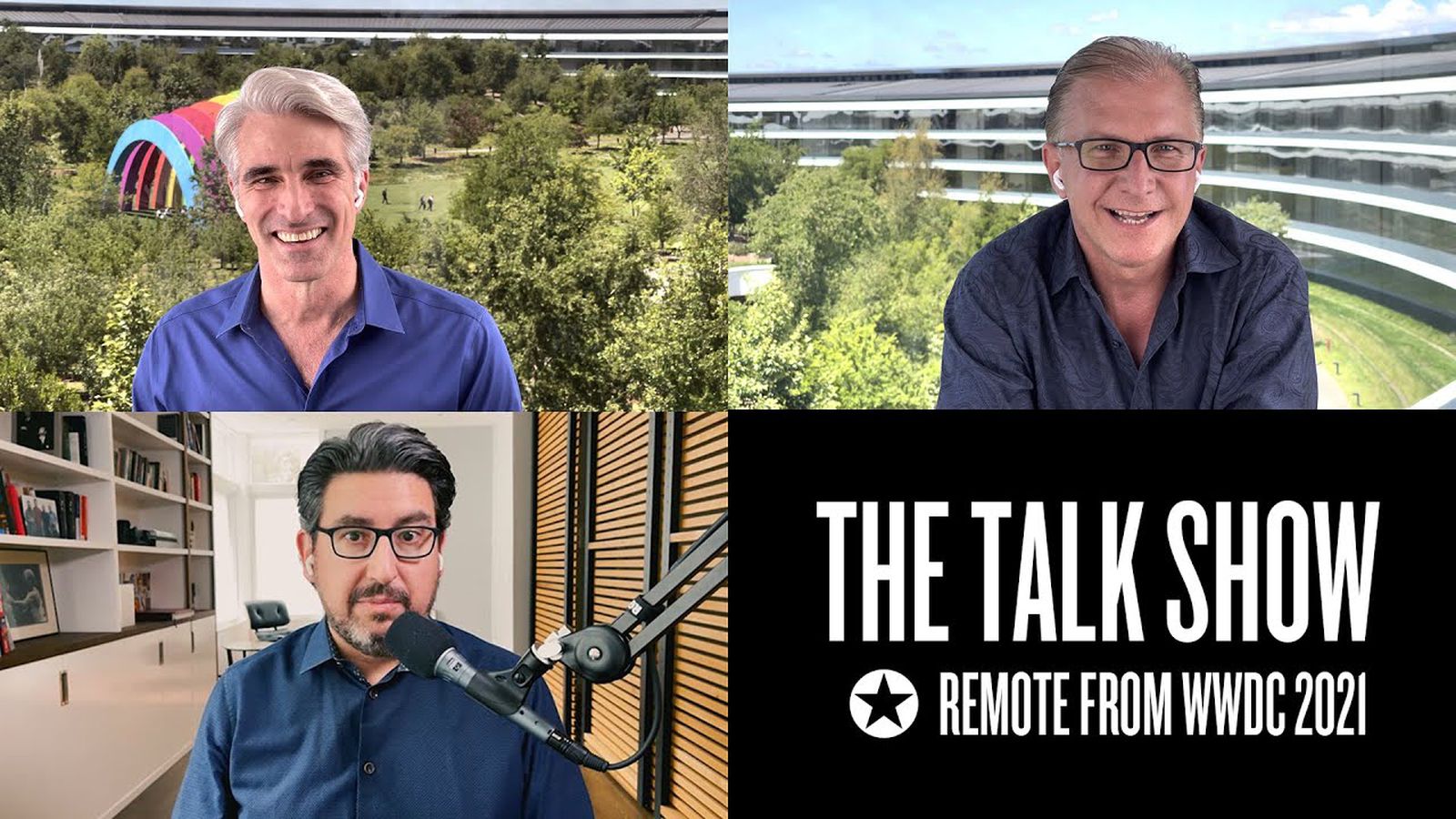 As is tradition, Apple executives Craig Federighi and Greg Joswiak joined Daring Fireball’s John Gruber in an episode of The Talk Show to discuss several announcements that Apple made over this weeks WWDC, including iPadOS 15, macOS Monterey, and a large focus around privacy.

Federighi kicks off the conversation discussing the common architecture, now thanks to Apple silicon, across all of Apple’s devices and platforms ranging from the Mac to the Apple Watch. Federighi notes how this unity allows developers to scale their apps to more devices and ultimately more users.

On Monday, Apple announced several privacy features, including iCloud+, which includes Private Relay and a way to crack down on “hidden pixels” in emails. On the privacy front, Joswiak reiterates that Apple believes privacy is a “fundamental human right” and that Apple has been building it into its products for years, “long before it was popular because it was the right thing to do.” Joswiak, also known as Joz, says that privacy isn’t an idea that Apple has “scotched taped on the side,” but that privacy is “deeply woven” into Apple.

During the discussion, Federighi also takes a chance to explain several features announced for iOS 15, iPadOS 15, and ‌macOS Monterey‌ that use “on-device intelligence.” Federighi notes how Apple can use the powerful chips inside iPhones, iPads, and Macs to deliver customers personalized features without sacrificing privacy. Such features include personalization in Photos, Siri, and more.

Speaking about iPadOS 15, Federighi highlights the new and improved multitasking system. Unlike before, it provides more visuals for users, including a new three-dot menu that makes it easier to enter Split View with apps.

With iPadOS 15, Apple also enables developers to write, compile, and distribute apps on the iPad with Swift Playgrounds. Federighi says that Swift Playgrounds will be tailored for developers who want to build professional apps but also “hobbyists who want an environment to lightly try out ideas.”

The full, almost 90-minute long conversation also goes into depth on the technical aspects of iCloud+ and Private Relay, ‌macOS Monterey‌, Shortcuts on the Mac, and more.

All We Know, Animated Series Release Date: Delegate of the trailer rumors

The iOS and Android How to repair the display within the really useful set hearth to the highly effective,