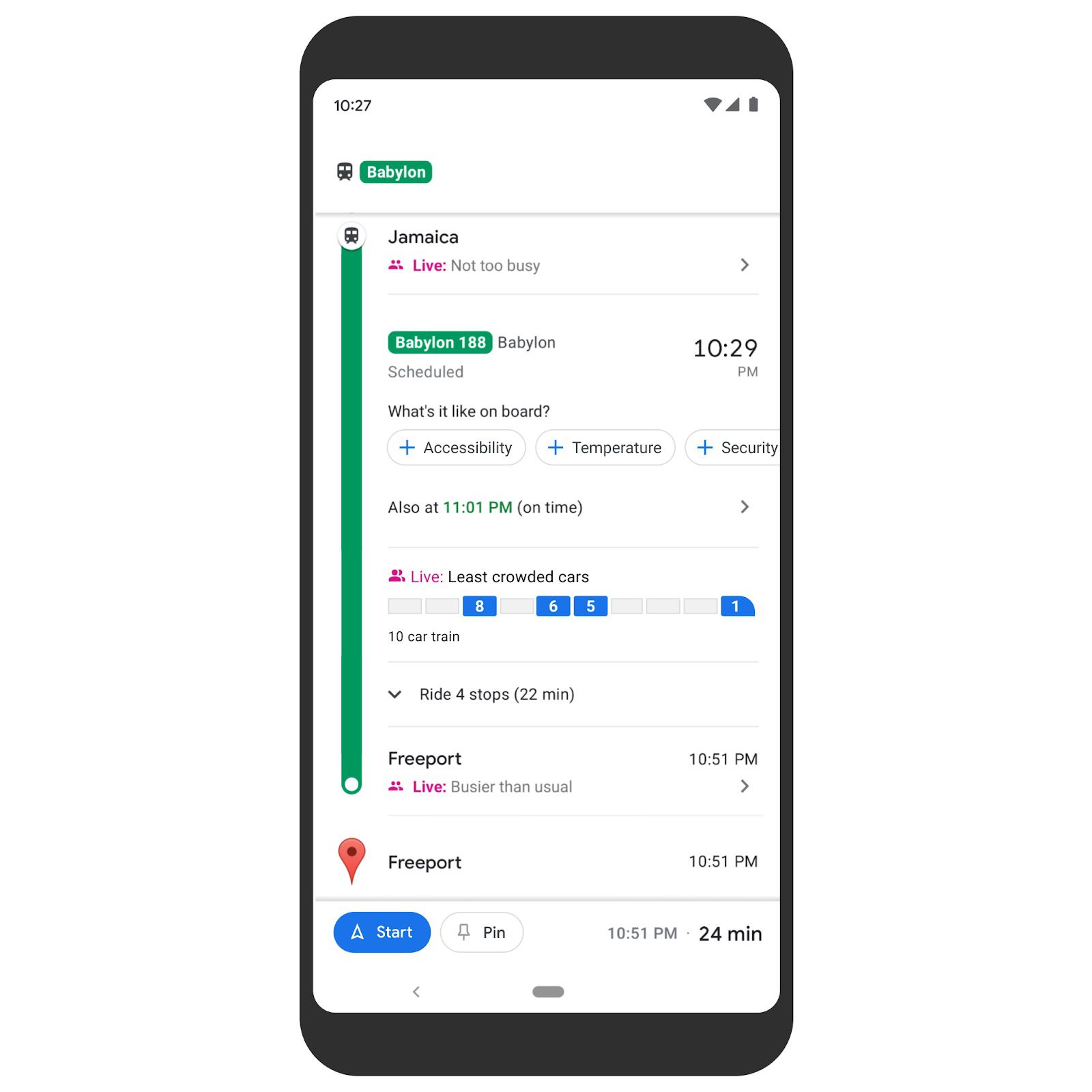 Google today announced that it is expanding transit crowdedness predictions to more than 10,000 transit agencies in 100 countries so that customers can better determine which transit options are at capacity and which have more open space and seating available. 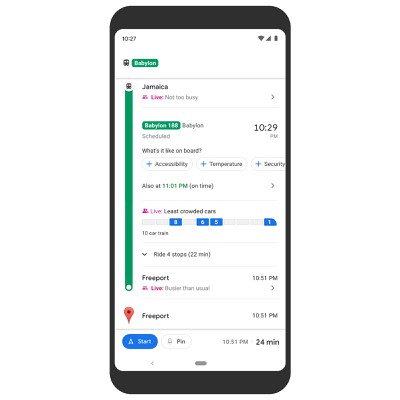 In New York and Sydney, Google is launching a pilot program that lets Maps users see live crowdedness information at the transit car level, with the feature powered by the Long Island Rail Road and Transport for New South Wales.

Google is also updating its review process to make it easier for Google Maps users to leave detailed reviews. The review interface will prompt users to add information like price ranges or whether a restaurant offers takeout or delivery.

For Android users, Google has added a new Timeline Insights tab that’s designed to provide details on modes of transportation used, miles traveled, and how much time has been spent at different places like shops, airports, and restaurants.

A Trips feature, also available on Android, lets users relive past trips that they’ve taken by resurfacing restaurants visited, hotels stayed in, and more. There is no word on whether Timeline Insights or Trips is coming to iOS, but these features require detailed Location History.

Google Maps for iOS can be downloaded from the App Store for free. [Direct Link]